Sorry it's been a bit quiet on the old blogging front but it's most certainly not because nothing's been happening.

On the 12th of January team Adopt A Box sent off an funding application to build a greenhouse down at Institut For (X) at Godsbanen. This greenhouse would give us the necessary space to expand our production of plants as we propagated all the plants at home last year and well, as none of us has moved into a new house with lots more windowsills, we need some more growing space. 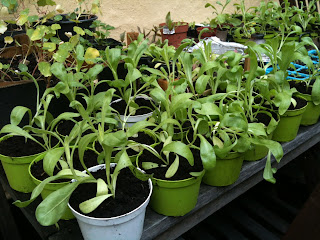 The greenhouse was designed by Vitalij and Vilius and is inspired by the Tetris form - the idea being that we can transport individual modules if we want to hold a workshop or get invited somewhere with the plants. We have applied for funding from the Danish fund Byggeriets Ildsjæle - http://byggerietsildsjaele.dk/. We'll hopefully hear from them at the beginning of March, just in time for the sowing season! Here's a little picture of what the greenhouse would look like: 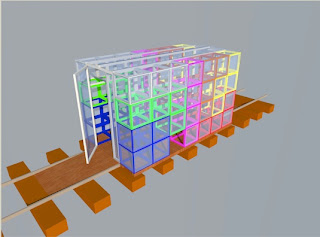 In other news, we have moved Adopt A Box HQ from the Front Runners on Mejlgade to Institut For (X) down by the old freight yard. There is more space to get our fingers dirty down there and we have got a bit of growing space in D House. As everything is pretty freezing outside, there is not much greenery in there at the moment aside from the many many garlics we planted in October and the salad planted at the same time that has not grown in any visible way over the last 3 months. 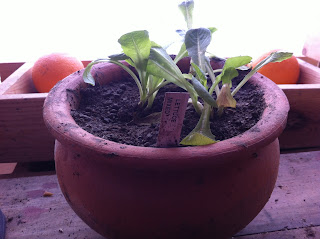 We're having our first meeting after the New Year this afternoon, feel free to join and just ring 27430039 for more details/directions! We're going to have to decide where we want to focus our efforts this year. Whilst we only advertised in the Latin Quarter last year, it might be fun to include other neighbourhoods, maintaining the idea that many boxes in one area will somehow protect each other by making it clear that it's a project and not just a random potato box.

We're also going to have to choose which plants we want to grow, bearing in mind that we can be a little more adventurous this year. We've already got lots of seeds ready to experiment with including Callaloo (a brightly coloured Caribbean spinach) and Cucamelon (a funny mix of cucumber and melon). 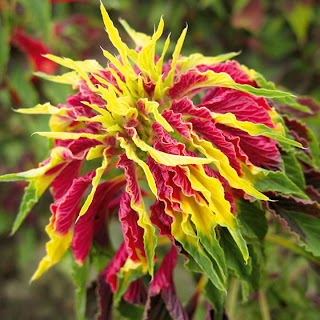 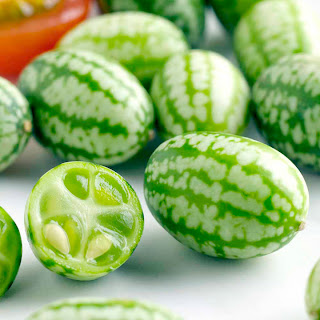 I hope there will be some more growth to show off soon! But for now, we can collectively dream about balmier times! See you later, or at some point in the future hopefully.