Summer is finally upon us! - week 8

The boxes have now been on the street for 8 whole weeks! How time has flown by.

A few of the boxes have been replaced and some of the boxes have received the odd touch-up after encounters with overenthusiastic/clumsy drunks but most of them are thriving and have become really colourful! We never expected the nasturtiums to be grow quite so big! 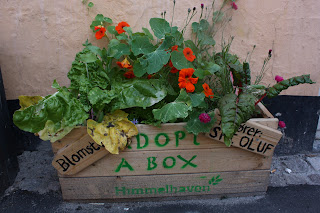 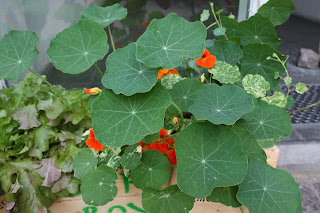 It has also been very interesting to see how all of the different plants are getting along. The carrots were harder than expected to propagate - root vegetables are not particularly fond of being moved once they have started to sprout. Some of them have been growing quite well but suffer from having been planted very closely because we dared not separate the intertangled roots. If nothing else we'll have a lot of small tender carrots at the end of August, mini-veg were supposed to IN!

The potatoes have been thriving pretty much everywhere (unless you count the unfortunate tale of Jeremy's box which was completely emptied, this can hardly be caused by the potatoes themselves though!) Potatoes do most of their growing after they have flowered so they can last for quite some time under the ground, which hopefully means that we will have some great big spuds for the harvest dinner! OliNico's potato foliage was ripped up a couple of days ago but lo and behold there were lots of tiny potatoes under the soil! Very rewarding to see that the last 8 weeks have not been in vain. 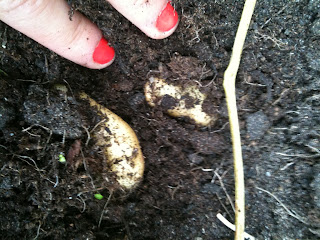 The marigolds and cornflowers have also been doing very well - we can thus conclude that urban horticulture is a fairly simple phenomenon and that the real challenge lies in urban agriculture. Finding vegetables and fruits that are appropriate for growing in the urban landscape demands taking the space and the public into consideration. In this regard, the winning vegetable most certainly has to be swiss chard. We received some seeds called "Bright Lights" which produce bright magenta stalks which are both wonderfully decorative, large and tasty! 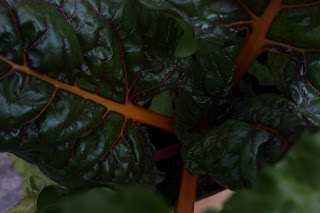 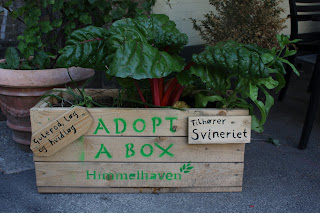 Whilst it would be wonderful to grow sweetcorn along the pavement, they are far too inviting to cut down due to their height. Likewise things that are visibly edible wouldn't last long at all - strawberries and tomatoes for example. Although if the aim wasn't a communal feast but merely creating edible street art, that wouldn't be a problem at all! Adopt-A-Box is going to be back next year and we have a fairly clean canvas with regards to what we are going to do so stay tuned if you would like to be part of it, or drop us an email! 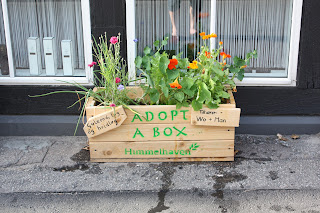 Here's a few pictures to wrap up - they explain how the project is going far better than words! 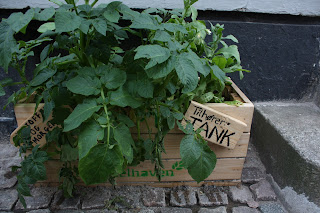 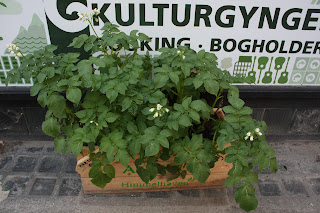 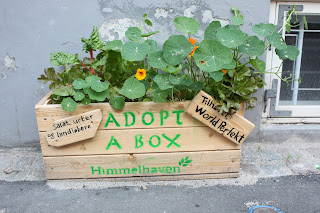 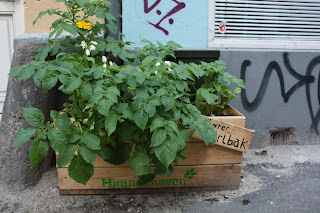 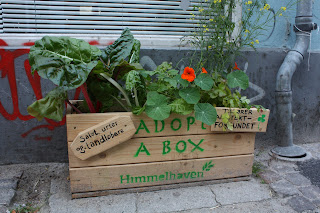 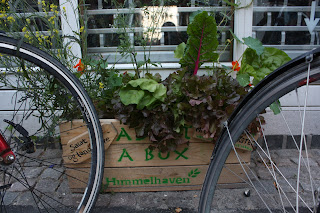 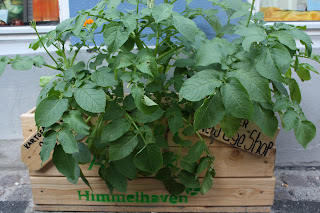 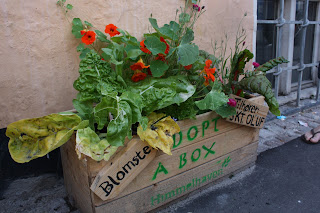 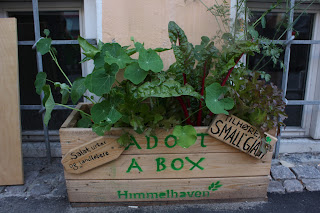 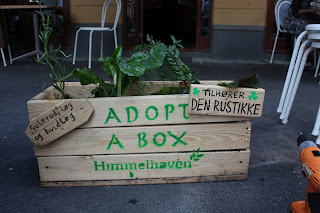 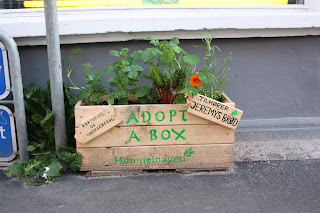 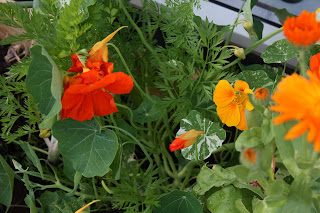 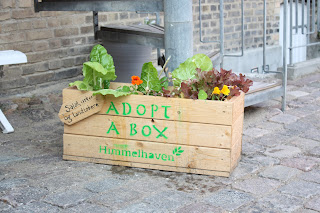 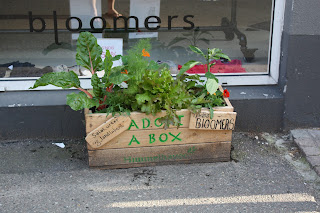 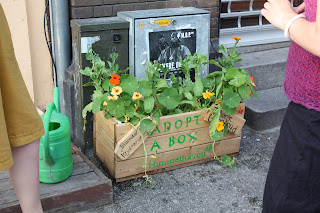 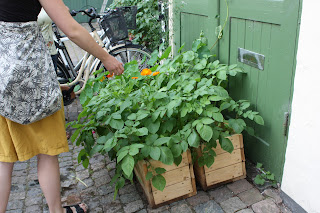 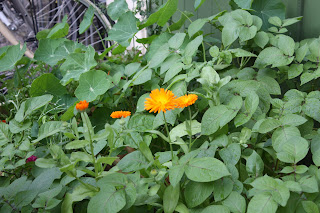 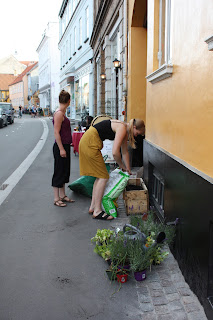 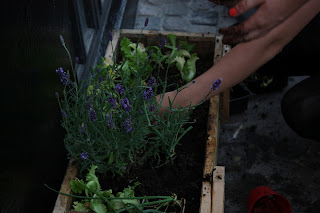 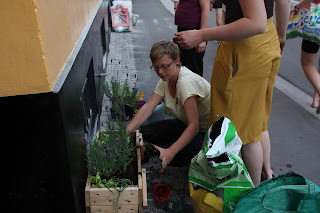 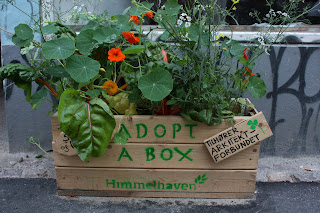